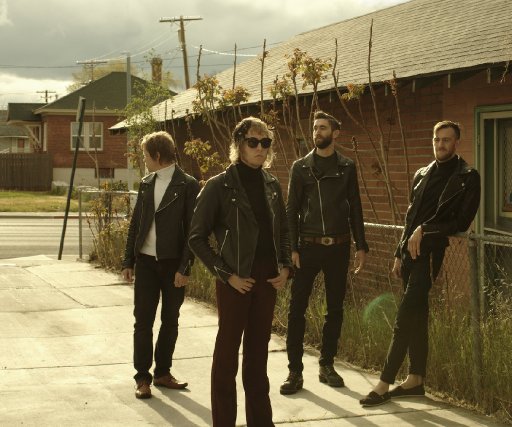 Rigorous Proof is a "Post Modern Alternative Rock" outfit from Reno, Nevada. The band is fronted by the mercurial guitarist and singer, Johnny "Harpo" Bailey, who some have described as "James Brown, Jimmy Page and Ray Davies put in a blender and poured into Syd Barrett's paisley shirt." Johnny is supported by the stoic and pragmatic Adam "Lando" Landis on keys and backup vocals, rounded out by the groovy and jovial Jesse "JayFlo" Gaddis on bass guitar, and solidified by the missing link between John Bonham and Ringo Starr---Wesley "WoFo" Forster on drums and percussion. Rigorous Proof plays music that blends a love for the old and the new, with lyrics pulling from narratives of triumph, despair, and sardonic wit.

The Electric is a high-octane, hip-shaking, greasy, rock-n-roll trio from Reno, NV, The Electric sling up gyrating tunes to billow and bump to. Get caught in their net of catchy choruses, punchy verses and even walk over a bridge or two (music slang). No 8-minute solos, no angry-at-dad lyrics, no key-tars, masks, onesies or fake hillbilly overtones. Just pure, guilty, let's-get-sweaty rock-n-roll. Grab a beer... then come spill a little on the dance floor.